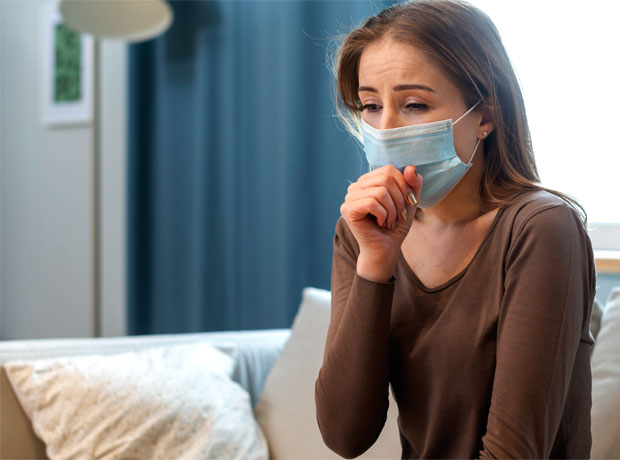 Pathophysiology of the Virus

Corona viruses are pleomorphic, single-stranded RNA viruses measuring 100-160nm in diameter. They infect a wide variety of animal species & have been divided into 3 antigenic groups. Corona viruses that infect the humans are grouped into two which include human isolates HCoV-229E and HCoV-OC43, respectively. The SARS-CoV strains that have been fully sequenced have shown only minimal variation. Human Corona virus was found difficult to be cultured in vitro & found only in human tracheal organ cultures. Strains HCoV-229E and HCoV-OC43 infect ciliated epithelial cells in the nasopharynx via the aminopeptidase N receptor (group I) or a sialic acid receptor (group II). Viral replication causes the damage of ciliated cells & the induction of chemokines & interleukins.

SARS-CoV-2 that is severe acute respiratory syndrome Corona virus 2 enters the human body through the olfactory route upon inhalation & binds the epithelial cells in the nasal cavity & starts replicating. SARS-CoV & SARS-CoV-2 both have the same main receptor that is the angiotensin-converting enzyme ACE2. In-vitro studies show that the primary cells infected in the conducting airways are the ciliated cells. There is local propagation of the virus but a limited innate immune response & the virus can be detected on the nasal swabs.

The RT-PCR helps in predicting the viral load & thus to estimate the infectivity & clinical course. Even though the viral burden may be low still individuals are infectious & this could also help detect the super spreaders, which are people who don’t show any symptoms but carry the virus & infect others.

A stronger & more severe innate immune response is triggered when the virus travels down the respiratory tract along the conducting airways. Nasal swabs & sputum can both detect the viral load at this stage. The clinical course after this can be predicted by the level of the cytokine to an innate response like CXCL10 which has been reported to be a useful disease marker in SARS & predictor of the clinical course of the disease.

According to the statistics by far, almost 80% of infected patients have a mild form of the disease due to restriction of the virus to the upper & conducting tract of the airway & can be managed conservatively at home while the remaining 20% in which the virus travels down & reaches the gas exchange units of lung & infects alveolar type2 cells require hospitalisation & close monitoring.

Infection of alveolar units results in the release of self-replicating pulmonary toxin resulting in diffuse alveolar damage with fibrin rich hyaline membranes & few multinucleated giant cells & extensive scarring & fibrosis in an attempt of repairing the damage that is more severe than any other form of ARDS.

The conservative treatment of administering epithelial growth factors such as KGF like in influenza can be detrimental in SARS as it can increase viral road by producing more ACE2 expressing cells. Recovery requires strong innate & acquires immune response & epithelial regeneration & lack of which puts the elderly individuals at higher risk.

Thus depending upon the severity of the infection & the status of immune response the treatment of patients should be planned accordingly.

Following are the five mechanisms:

Let’s understand all the mechanisms one by one:

The virus enters into the host by binding with host receptors is called attachment.

Further the virus enters into the host cell through the penetration process i.e. endocytosis or membrane fusion.

Once the virus releases the content inside the host cell, viral RNA enters the nucleus for replication.

Finally, the new viral particles are formed, matured, and released into host

Corona virus made up of four structural proteins:

Spike is made up of a protein called transmembrane trimetric glycoprotein that protruding from the viral surface, which decides the diversity of Corona virus and host tropism.

ACE2 (Angiotensin Converting Enzyme 2) is a functional receptor for Corona virus. ACE2 receptors are mostly found in the lung, heart, ileum, kidney, and bladder. It is also found predominantly in lung epithelial cells.

Studies on structural and functional analysis show that the spike of SARS-CoV-2 is also attached to ACE2. Further study is needed whether the SARS-CoV-2 targets receptors other than ACE2.

After binding to the host protein, the spike protein of SARS-CoV-2 undergoes protease cleavage. A two-step sequential protease cleavage to activate spike protein of viruses such as SARS-CoV or MERS-CoV is proposed as a model, consisting of cleavage at the S1/S2 cleavage site for priming and activation at the S2 site, a position adjacent to a fusion peptide within the S2 subunit.

After the cleavage at the S1/S2 cleavage site, S1 and S2 subunits stay non-covalently bound and the distal S1 subunit helps to stabilize the membrane-anchored S2 subunit at the perfusion state.

Subsequent cleavage at the S2 site probably activates the spike for membrane fusion via irreversible, conformational changes. The Corona virus spike is uncommon among viruses because a range of different proteases can cleave and activate it.

The uniqueness of SARS-CoV-2 among the Corona virus family is the presence of furin cleavage site (“RPPA” sequence) at the S1/S2 site. The S1/S2 site of SARS-CoV-2 is entirely cleavage during the process of biosynthesis in drastic contrast to the SARS-CoV spike, which is incorporated into the assembly without cleavage.

However, the S1/S2 site is also cleavage by other proteases such as transmembrane protease serine 2 (TMPRSS2) and cathepsin L, the ubiquitous expression of furin makes SARS-CoV-2 very virulent.